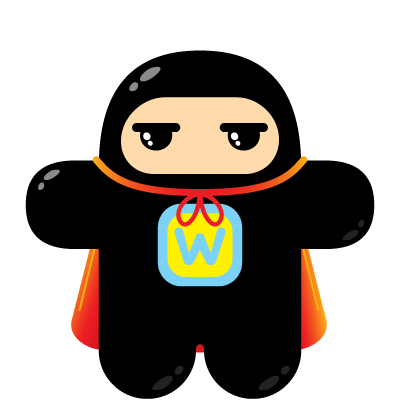 It’s an eagle, it’s a fighter jet, it’s… a ninja with a cape? More specifically, it’s Super Ninja, a Wee Ninja with extraordinary abilities. Some say his lofty powers were bestowed upon him by the gracious and macho King of all Moustachios.

I have many secrets...